Sarah attended the NTA awards in London on the 23rd Jan 2018, she looked stunning. 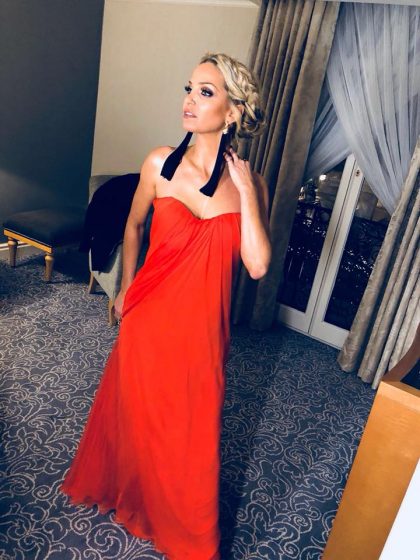 Her dress was by Alexander McQueen costing £2245.00 you can buy it Here

Her earrings were by Yves Saint Laurent costing £425.00 you can buy them Here 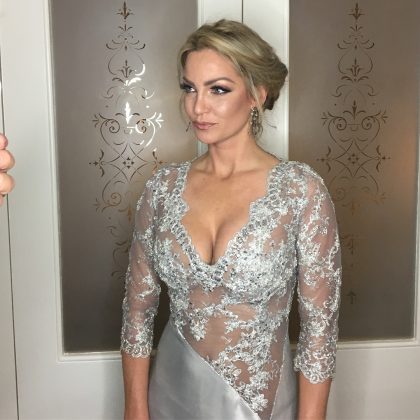 Sarah’s dress was by Micheala Frankova, silver lace silk gown costing £480.00 you can buy it Here

Sarahs hair was done by the incredibly talented Sarah Bridson

Sarahs make up was done by Gary Cockerill

As you all know we were raising money for Coming Home for Sarah’s birthday this year, the fanbase managed to raise £400 this year. Sarah has seen and has tweeted about it

Over the past 5 years the fanbase have raised £3407.50 for various charities for Sarah’s birthday 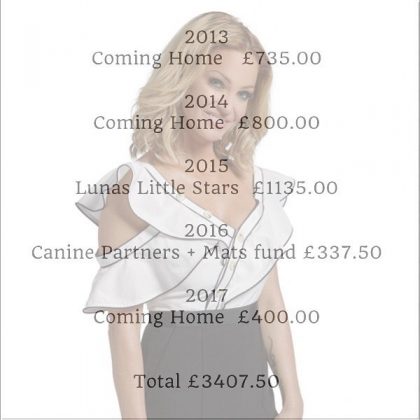 Sarah’s episode of Living With Lucy was shown last night, we’ve ripped and uploaded it to Youtube for people who don’t live in Ireland and couldn’t watch it, enjoy guys. 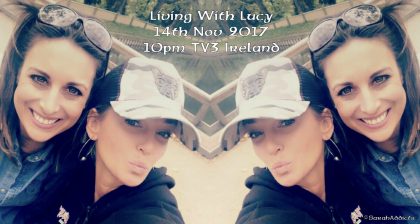 Back in September Sarah was filing with Lucy Kennedy for her TV show Living With Lucy.

Sarah episodes airs 14th November 2017, sadly its shown in Ireland on TV3, we will see if you can watch it online though and let you guys know, Irish tv is tricvky some shows you can watch online in the UK and others you can’t.

Lucy Kennedy meets Girls Aloud singer Sarah Harding and, in between filming and photoshoots, the pair chat about the difficulty of finding love and pursuing happiness 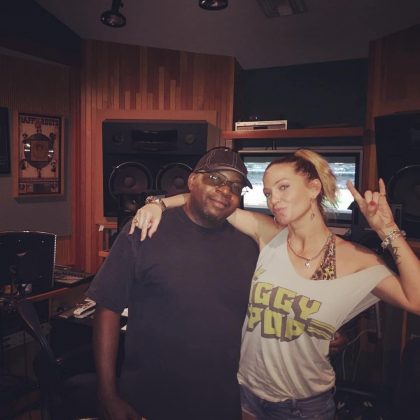 Sarah is back in the studio recording new music, we are very excited at the thought that we might finally be getting some more solo musici from Sarah.

Excited to be back in the studio 🙏😉🙌😘 pic.twitter.com/gANuMTFTHy

Sarah has also posted a few pictures of her in the studio, check them out on our gallery, click on the pic below 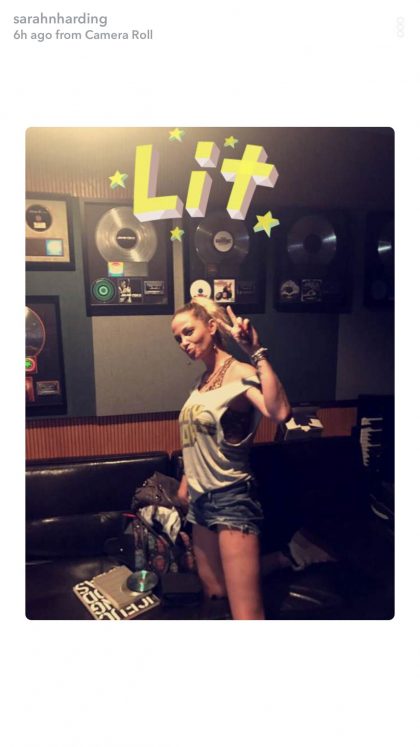 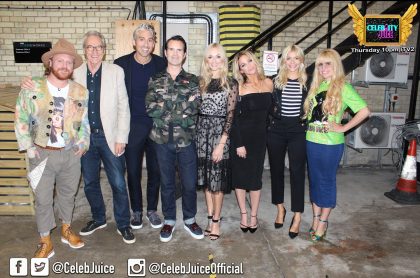 Sarah appeared on Celebrity Juice again on the 28th September 2017 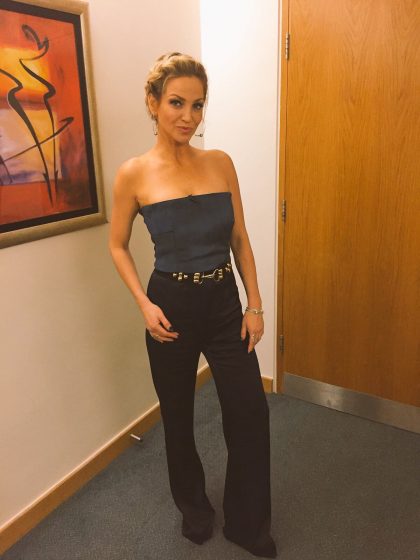 Sarah appeared on the Ray D’Arcy show over in Ireland on the 23rd September,Sarah chatted about CBB, Chad, Girls Aloud and what shes upto in the future.

If you missed the show you can catch up on the link below. 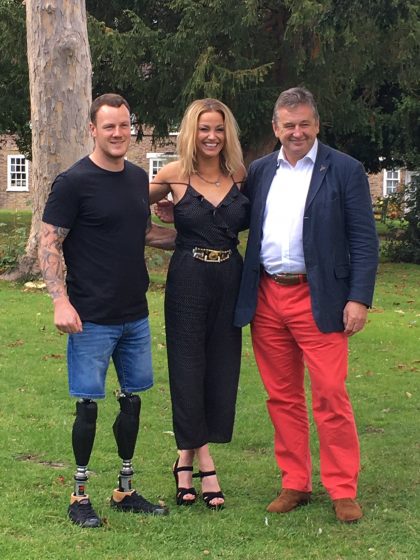 When Sarah won Celebrity Big Brother she also won £50,000 to donate to her chosen charity, Sarah picked Coming Home/Haig Housing and on the 22nd September she went to hand over the cheque to them.

The picture above is credit to Michael Swain on twitter, if you want to follow him you can http://www.twitter.com/Swain_1990

Sarah said: “I have been an ambassador for Haig Housing Trust for many years and in that time I have visited wounded soldiers in hospital recuperating from horrific injuries. I have also met many young soldiers who have recovered from these wounds and then started the search for a house and home. The Haig Housing Trust assists these heroes who gave so much to their country and it is my honour to raise the profile of this charity’s amazing work and add to their fundraising.

“I am so happy to donate this money to Haig and I’d like to thank Endemol for offering such a large sum of money which will benefit so many servicemen and women looking for accommodation.”

Haig Housing CEO James Richardson said: “We are delighted that Sarah chose Haig as her charity of choice and went on to win the programme. The £50,000 is a significant sum that will enable us to continue purchasing and adapting properties for veterans with life changing injuries. Sarah has been a supporter of Haig Housing Trust for a long time and is unwavering in her genuine support and empathy for our beneficiaries” 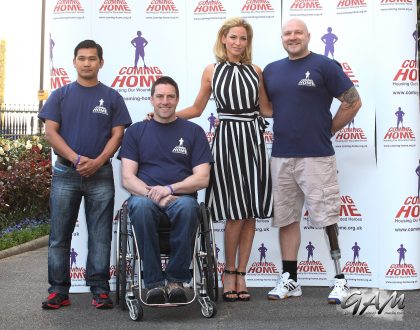 Its that time of year again when we start Sarah’s birthday charity fundraiser, this is the 5th year we’ve done this and we’ve always had an overwhelming response from the fans who have donated to these great charities.

To donate here’s the link you need https://www.justgiving.com/fundraising/sarahhardingbirthday2017

We’ve been in touch with Sarah and she wants us to raise money for Haig Housing/Coming Home again this time, we thought she’d pick this charity as she when she won Celebrity Big Brother she also won £50,000 for charity and Sarah’s chosen charity was Haig Housing.

Haig Housing Trust is delighted to announce that one of our Ambassadors, Sarah Harding, has won Channel 5’s Celebrity Big Brother 2017. Sarah has named Haig Housing Trust as her nominated charity to receive the winner’s prize of £50,000. Sarah showed enormous strength and courage, earning many public votes and admiration and we are extremely proud of her.

The £50,000 will be put to much needed use in providing housing for our Veterans, as well as improving the lives of current beneficiaries, where every penny makes a difference.

As some of you will know Sarah has worked very closely with Coming Home over the years and is a charity that she is a proud ambassador for. 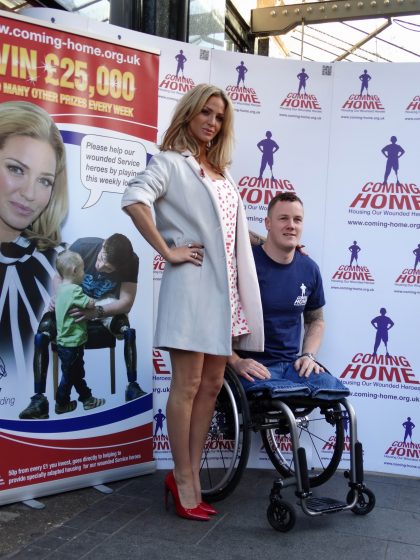 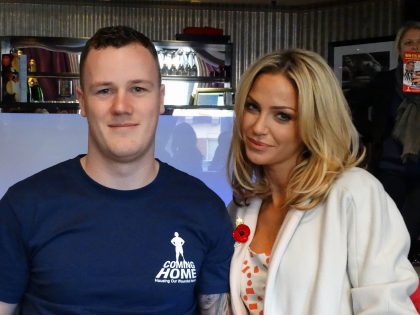 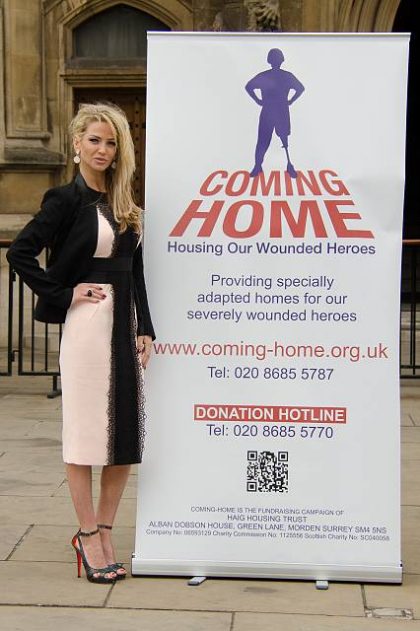 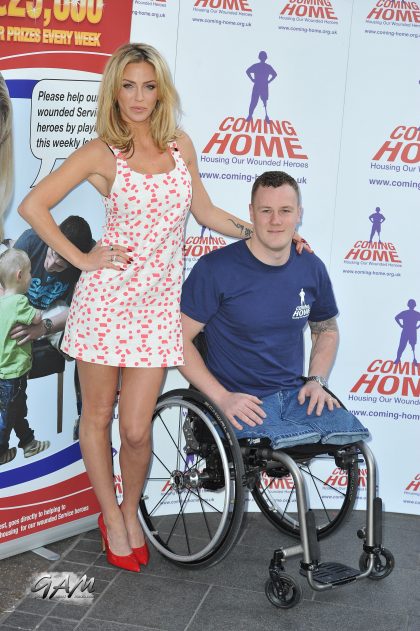