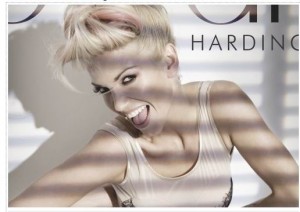 SARAH HARDING‘s veteran status in the Bizarre Caner of The Year contest every year is coming to a close.

The GIRLS ALOUD singer will soon have no time for ale as the acting gigs continue to pile up.

The St Trinian’s star is in final talks to play a cheerleader in a Brit comedy about American football, Gridiron UK, set in 1980s Crewe.

A source said: “Sarah’s cousin is a co-producer on the film, so they decided to audition her and she went down a storm. Sarah wants to do it and the offer is with her management.”

Sarah is lined up to play the head of a cheerleading team. Ironically, it’s what she would have done if Popstars: The Rivals hadn’t happened.

The story might sound like the biggest yawn since Sex And The City 2, but it should be good for a laugh.

If Sarah takes the role and the new X Men part she has auditioned for, it’s hard to see where she’ll fit in a reunion with her old girl group.

Just as well THE SATURDAYS are in the charts. London clubs will need fresh livers without Sarah there.