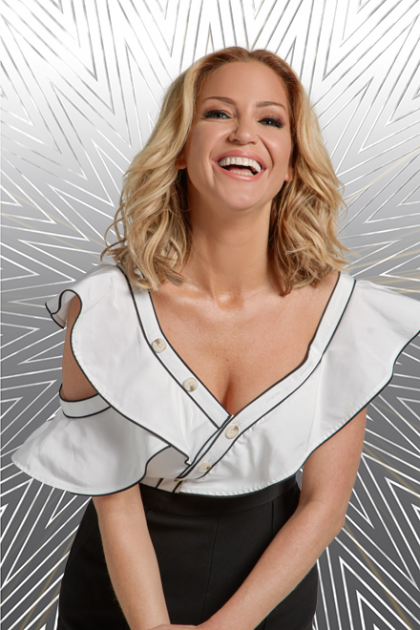 Sarah Harding is an English recording artist, dancer, model and actress, who rose to fame as one fifth of Girls Aloud. Sarah appeared on the 2002 TV series Popstars: The Rivals, securing her place in the hit girl band.

The band went on to have massive chart success, scoring 21 UK top 10 singles and four UK number one singles. The Guinness World Records listed the band as the “Most Successful Reality TV Group” in their 2007 edition.

Following the band’s split, Sarah embarked on a solo career and recently finished a stint in the West End as the leading lady in Ghost the Musical.

What are you looking forward to most about Celebrity Big Brother and why?
The experience, and chance to get people to see a softer side of me.

What kind of housemate do you think you’ll be?
No idea! Let’s wait and see.

Describe yourself in three words.
Fun loving, modest and quirky!