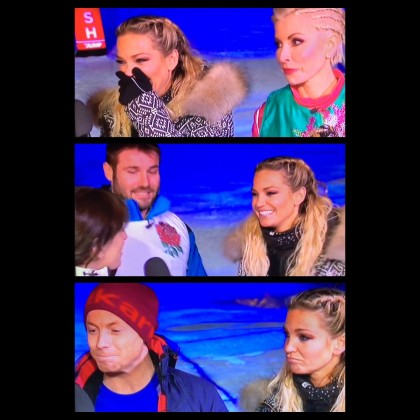 This Sunday saw the 4th episode of The Jump on tv. This week the contestants had to compete against each other doing The Moguls. Sadly Sarah lost her round and had to do the air jump, but she did herself and everyone else proud.

If you missed it you can catch up on the channel 4 website below. 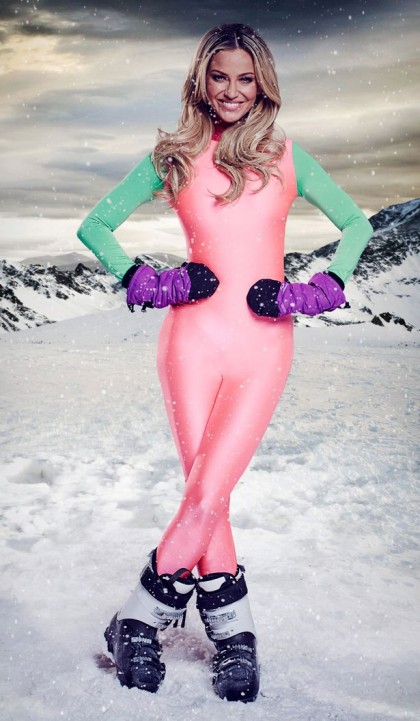 She’s gone from belting out ballads with Girls Aloud to (briefly) treading the cobbles on Corrie…and now Sarah Harding, 34, is hurtling down a mountain for C4’s snow-sports reality show The Jump.
How are you feeling about The Jump?
I’m a bit nervous but mainly just excited. I can ski moderately well anyway, and people don’t realise how sporty I am. Actually, I’m a bit of an adrenaline junkie and a Speedy Gonzales!
Some of the events look scary though [not least the huge, Eddie The Eagle-style ski jump]…
I’m quite brave and I love all that stuff! Obviously there are some events I’m nervous about, and I think everyone will be worried about the big jump. But I’m not scared of heights – I want to do a skydive after this.
So you’re pretty adventurous then?
Yes, I’ve just got back from a holiday where I was scuba diving to the bottom of the ocean, and now I’m going to the top of the mountain with this show. It’s mental – I’ve gone from one extreme to the other.
All the contestants will be living in a house together. Will there be tension?
Obviously there’ll be a lot of competitiveness – especially from the Olympic athletes – but I don’t think there’ll be clashes. Me and Brain McFadden are going to be the gobsh*tes. He’s been goading me on Twitter already, so it’s definitely going to be entertaining between us.
Are you taking a step back from singing?
Music is always going to be my first true love, but I’ll go more towards the producing and songwriting route now. I have a big idea I hope to put into action next year… I can’t imagine not having music in my life in one way or another, but TV and film is something I love doing too.
So doing Corrie didn’t put you off [Sarah was panned for her acting skills on the soap]…
I’m not going to go into that, but I’d still consider doing more drama. Never say never. Everything is a challenge and a learning curve and whatever comes my way I will consider. 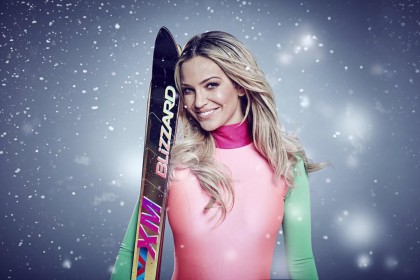 Obviously its a competition and people will be eliminated each week so its not guaranteed that Sarah will appear in all the episodes listed above.

Other contestants taking part are